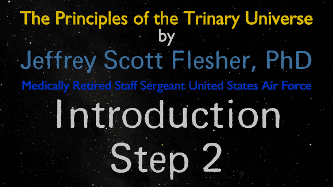 The principle for Light that I will base this dissertation on: was the basis of Sir Isaac Newton's work on Light beginning in 1666, which was over 333 years ago, numbers and dates mean something, so I will talk about them more in this document. Instead of having to bring in Newton's work, I will just reference it once, and give you a time line so you get a sense of how much time has gone by, because in all this time so many people tried but no one has ever debunked Newton, so after that much time, I can only conclude that what he said was a fact, so when he stated that Light is both Perceived Light, which can be observed by most people, which I now include any machine of this day that records Light: like a Camera or Video Recorder, and Imaginary Light, which is Light that Individuals Brains Manifest as Visible Light they can see in their Vision including optical illusions, which most people can see, while patterns that make up objects that are not there is still an illusion, but just as real to those that see these patterns, and others can not see them without using their own Imagination, and I include that to be any Machine that Records Light, because they have no Imagination, this makes them perfect for determining what Light is Real from what is an illusion, because in Science we do not care about illusions, only what is Real, so it must be a Full Spectrum Light Recorder, so I will define these Terms as Imaginary Light that I will refer to as Imagination, which is based on illusions or patterns, and is seen by the mind and can appear in our vision, note that I did not say it has to, because what you see in your mind can be just as real to you, whereas Real Light which is in the Visual and Invisible Spectrum of Light, as well as any Form of Energy Similar to Light like Electricity, which is Light but just at a different frequency, Transmitted Energy in all Spectrum's, and even God's Particle, which may have many names, but has nothing to do with the research on the Higgs Particle, but as a reference to the phenomena itself, and another form of Light which is Also Known as White Noise, I will call it Trinary Energy, so you know exactly what I am referring to, but just to be very clear about what White Noise is, I define it as Light that appears to be Static Noise in Recorded images, or as a very fine undefined misty aurora type of Light: that seems to be present when you are looking into empty space or at any object, it's everywhere in your vision: even with your eyes closed it makes up random dots of Light that may appear as having a pattern, but under a Microscope this White Noise has a pattern, it shifts between 3 States, one is when it is at its brightest state, then it seems to shift to one side and change in brightness, then it disappears, yet it has no physical form, its just Light, and its everywhere in the Universe, so this White Noise is what makes up the Trinary Universe, and its why Newton was so excited about it, so excited that he said that this Light, which he called God, was the Force in all his Equations, because he knew it was causing everything in the Universe to move, it was what created all Life, and we are that Light as Nikola Tesla pointed out: we are Light Beings, but Newton did not believe that God was a Deity or Jesus was Christ, and that was Hearsay to the Church, so he had to keep quiet about that, or he might be burned at the stake for being a Heretic, but if they found out he was a Wizard who also practices Witchcraft, well let's just say that History would be much different, as would the World we live in today, because Newtons ideas changed this World forever, only thing was that most people did not fully understand what Newton said, few were Intelligent enough to comprehend his Math, but they could still learn to use it with no problems, so understanding something and being able to use it are not the same thing, because what Newton said was that this Light is what God is, where God is the Intelligence of the Universe, and the Light is this Trinary Energy, because it has 3 State Changes, and its Energy, and its Controlling the White Light or Sun Light, because it has White Light and Black Darkness and every shade of Grey in it, so these Rainbows of Colors that Newton called the Darkness, is not God, because Jesus said God had no Darkness, so God was only the Light, so he was talking about Energy, not Electric or Photonic, but the Light that was Controlling that type of Energy, only he did not know how and Newton never printed anything that he could not prove how, so luckily I read his Notes and understood them, God was the Force in Gravity, and a grain of Sand is effected by Gravity, so it must be at the Subatomic level, and looking under Microscopes thousands of times more powerful than the one Newton himself invented, I find Trinary Energy, which is a name I came up with that describes the 3 State changes in Atoms, but its not the Atom itself, but the Energy that binds the Atom, which is made up of Neutrinos, so standing on the shoulders of Giants, I will now finish the work Newton started.