The Light Wizzard in the Flesh, will now define the 0 Dimension, from the Viewpoint of the Lightside in Terms the Darkside can understand.

Yew are in the Third Dimension, everything yew see and can see is here, the reality yew know is of this place, so what makes this place so special?

From the Viewpoint of the Light in the 1st Dimension, it can not see the 0 Dimension, yet it still knows it exists, so Faith is required, but is not part of its Logic, Know it, or No it not, so the Light Knows that the 0 Dimension exist, and there is no more to say about it, since it will never be able to see it, knowing it exists will have to suffice, yew call this Blind Faith, but Knowledge does not work this way, nor does the Universe, and as we go deeper into these Dimensions, yew will understand why, but first yew must let go of the Darkside, so yew can see the Light, for the Darkside believes that Faith is not Science, and Knowing something is Faith, unless yew have Scientific Facts to back it up, so how do yew get Scientific Facts on a Dimension yew can not see? 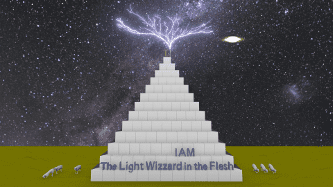 From the Viewpoint of the 2nd Dimension, it knows that the 1st Dimension can see it, and even though it can not see the 1st, or 0 Dimension, it knows they exist, because it can see the 3rd Dimension, and can see that something is making changes to it, and it's using it, to make those changes at the Sub Atomic level. It knows it does not matter if the 1st or 0 Dimension exist or not, for it will continue to do what it is doing, without knowing about it at all, so in that sense, knowing it: is a given, no reason to question it, since it will not change the way it behaves, because the Universe will keep working without this question being answered, so it Knows it, no reason too Not. 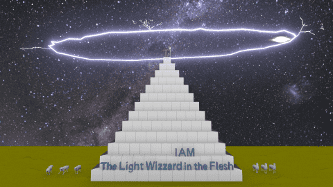 The 3rd Dimension can not see the 2nd, 1st or 0 Dimensions, as such, the Darkside does not believe they exist at all, since they only believe in what they can see, but if they followed this logic to its end, they would suffocate and die in that instant they realize they can not see Air, so they can not follow the Logic of believing in something that can not be Scientifically Proven, so now they can breathe again, but are still in the Dark, Know it or No it Not, where is the Logic in that? 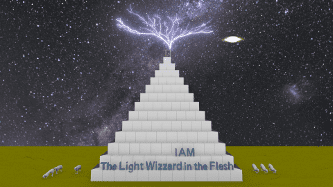 It's not in what we Believe that makes a difference in our Lives, it's what we Know, our Beliefs change like the Wind, the Universe works this way, it does not care what yew Believe, nor do I, Know it or No it Not. 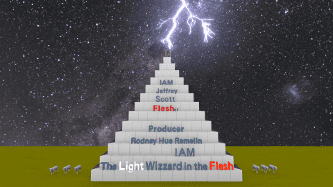 If I asked yew if yew believe in the 2nd Dimension, yew would use your Logic to Draw a Square on a piece of Paper, and call it a 2 Dimensional Box, and say this is what the 2nd Dimension looks like, but even the Pencils lead has Depth, as does the Paper, and when yew erase that Depth, yew can not see the Box, only the Whole in the Paper, where it was, so Logic proves that the Box is there, yew just can not see it, so now it's a Scientific Fact. 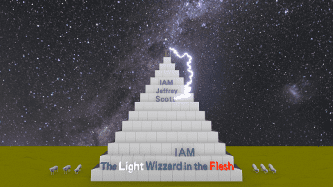 If I ask yew if yew believe in the 1st Dimension using that same Logic, yew would also conclude that it is a Scientific Fact, and can be proven using the same methodology, so I ask yew to apply it to the 0 Dimension, and your Mind tells yew that if yew erase its Width, Height and Depth, yew can not see it, nor can yew draw it on paper, its like Erasing the whole Paper, for it would not Exist, so this now describes everything yew can not see, and the Logic would take yew to a place that yew would rather not go, which is in Believing in things yew can not see, so this infinite loop of Logic, where yew take a flash lite up your own Ass begins and ends, what came first, the Chicken or the Egg? 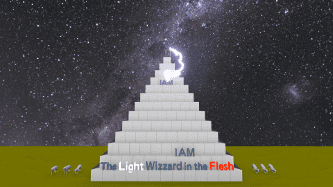 The Beginning of Logic is not the End of Reason, nor is Reasoning the end of Logic, nor are the two the same thing, Reasoning is just the Words yew used to run the Logic in your Computation, and words have meaning, so let's assign them to numbers, so we are not as ambiguous about what we are talking about, pure math, that can not go wrong, so let's do some math, what did I just say, me do Math, yew have got to be joking, this kind of Math is way beyond my capability, how can I model a mathematical formula that would describe this problem mathematically? 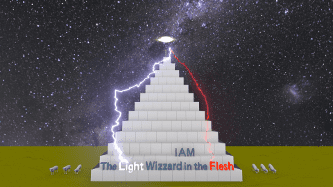 If we make 1 stand for everything we can see, and -1 stand for everything we can not see, then we can agree this is a Scientific Fact, based on the criteria we have set forth in our question, so it's the Logic behind the Reasoning, so if we add them up, we get: (+1) + (-1) = 0, so the Answer is that 0 is the place that nothing exist, not the things we can see, nor the things we can not see, so how can this be, am I making this up to trick yew? 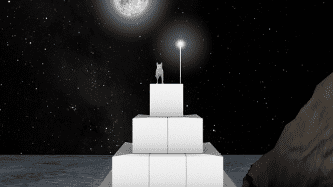 As I said in Step 0 the Universe, (+1) + (-1) = 0, this is the Universes Constant for Everything; and its not a trick, just a very simple principle, and its easy to learn and apply, 1 is the Light, -1 is the Dark, and they are always in Balance, and the 0 Dimension is what brings it that balance, and not even the 1st Dimension can see it, but it knows it's there. 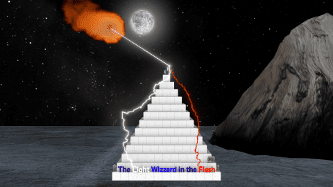 So now that we have Scientifically Proven that the 0 Dimension is a place where nothing exist, its Null Space, Void of any Dimension, and that if everything yew can see and not see is not in there, then what is? 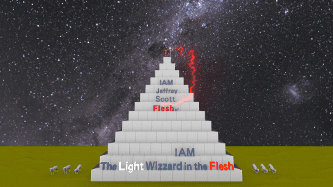 If yew see the Logic in following this line of reasoning any further, please be my guest, but do not forget the flash lite if yew end up going up your own Ass one more time, because it's a very Dark place to crawl into, and crawling back out will not be much fun, so call it what yew like, Scientific Fact or Blind Faith, pick one and get on with your day, do not think yew believe this, Know it, or No it Not, but choose one now, because this will determine if yew can see the Light or not, for the Light is in another Dimension, so how many Dimensions are there?

I will teach you about these Dimension in every Step, and there are 276 Steps, and as yew will find out, there are that many Dimensions, and this is Dimension 0, the place where nothing exist, and the beginning for everything that does.

IAM not asking yew to believe anything I have to say, I do not care what yew believe, nor does the Universe, Know it or No it Not, all IAM telling yew is what I know.

Yew must first let go of the Darkside beliefs that only thing's yew can see are real, or yew will never see the Light, Scientific Fact or Blind Faith are the same thing most of the time, it's only how yew rationalize your thoughts that distinguish one from the other. Dimensions are the Key to understanding the Universe, one Step at a time, we will learn these Keys, and unlock all the Secrets the Universe holds, because the Universe really is a Simple place, once yew view it from the Light.

The Darkside has gone to a great deal of Pain to hide the Light from yew, for once yew see the Light, yew will be Free, and the Darkside can not make Slaves of yew that have Freedom, so they sell yew on Free Dumb, and create a Universe that is so Complex, yew will never truly understand it, and they use Fear and Shame to keep yew in line, for yew are just Sheep, and the Darkside wants yew to be their Flock, so Know this, IAM the Dog, IAM guarding my Flock, like a good Sheep Dog would, and if yew think this Dog is a little Backwards, then yew just might start to Understand the Light.